I don’t know if I said no

But I didn’t say yes

Hands in fists, belly up

END_OF_DOCUMENT_TOKEN_TO_BE_REPLACED

by the Stanford Democrats

In the United States, there are nearly four gun stores for every grocery store. There are almost as many guns in this country as there are people.  More importantly, 1,894,139 years of life are lost to gun violence every single year, while more than 30,000 people are killed and more than 200,000 are injured because of guns each year.

These deaths were not a result of self-defense — they were a result of crime. In the course of a day, a fifteen-year old boy from Prince George’s County, Maryland was robbed and fatally shot after a long day of school. Hours later in Jacksonville, Florida, a woman was shot twice after a fight over a parking spot. Senseless gun violence has become routine. “So it goes,” wrote Kurt Vonnegut over 40 years ago; since, we have become even more desensitized. It is our apathy that must change — it is our silence that is most deafening. (Someone has just been shot by a gun.) END_OF_DOCUMENT_TOKEN_TO_BE_REPLACED

The Tragedy of Grey Matter

I grew up glued to a reality of black and white. Don’t freak out, this isn’t an essay on the struggles of mulatto identity in 21st century American suburbia. I left and will continue to leave that dance to my 18 year old, boldly naive, college essay writing self (but damn did I do that introspection justice; always did picture my words metaphorically synonymous with a rebellious Taylor swift song). This essay is neither about the way I was raised. Because yes, my parents taught me morals. But no, never once was I presented with a blue vs. red pill. They never asked me to swallow, without doubt, an understanding of the world that was not my own. I’m also lucky to have never been made to feel like my soul searching was mindful ambling all for naught.

Instead, I was my own Oracle growing up. And for whatever reason, I painted my own Matrix in (what i considered to be) vibrant hues of black and white. My compass pointed me North or South, illustrated right versus wrong, narrated good against bad. [1] I credit my success throughout the first 1.8  decades of my life in large to my presumptuous moral understanding of the world during these years. For long enough it served as a nexus for my motivation, most crucial decisions, lifestyle choices, and appreciation of those people who added substantially and positively to my growth as a human being. Maybe now, such a stark outlook on existence would prove harmful (still paring this one out). For a while, though, the profound belief that being a skilled hurdler simply meant practicing, that divorce was wrong, that cheating (in or on anything) was never (not ever) acceptable, that skipping dance class was weak, that drinking was irresponsible (as was sex), or that working hard should not ever be question but simply nature, gave me a focus and ambition I could not even attempt to recreate today. END_OF_DOCUMENT_TOKEN_TO_BE_REPLACED 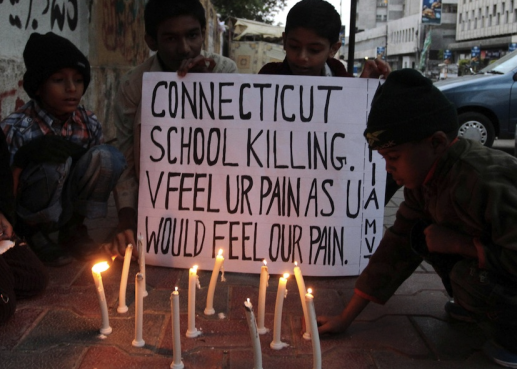 Mourning and demanding a new system do not need to be – nor should they be – separate.

At issue today (more publicly than most days) are multiple layers of violence in our world:

the violence of a political system that treats each new shooting as an isolated incident and tells us we are jumping the gun when we talk reform—
the violence of an economic system that produces guns and missiles knowing the destruction they bring to individual and collective lives—
the violence of a cultural system where the radio plays on blaring top 40s, stocks and scores, as though nothing is happening as our wars kill on.

and, most immediately, of being told during the moment of rawest pain that “this isn’t the day to demand change, this is a day to mourn.”

If today is the day of mourning and a mourner cannot make demands, what do we do tomorrow? END_OF_DOCUMENT_TOKEN_TO_BE_REPLACED

Minha Casa, Minha Vida: Why I Won’t Be Watching or Attending the 2014 World Cup or the 2016 Olympics

One of my greatest disappointments for 2012 will be not having been able to watch the Opening Ceremony of the 2012 London Olympics. Not only was it a great spectacle, I heard, but I’ve always been fond of the Olympics, and the grandeur that is associated with them. Although I have many problems with globalization, I feel like there’s something to be said for a majority of human nations coming together in a friendly, non-political manner. It builds a sense of solidarity amongst the different populations of our species. 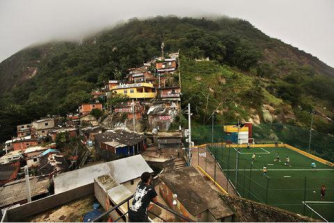 A favela in the mountains of Rio, NYT

Probably my greatest disappointment of 2012, though, was deciding that I would not attend the 2014 World Cup or the 2016 Olympics in Rio de Janeiro, Brazil. As I am planning on either studying or living in Minas Gerais, Brazil, while both of these events take place, I had these grand plans of going to watch soccer games, see the attractive divers and swimmers race, and hang with my family, who’d try to fly out for one of the events.  But after learning of the awful human rights violations occurring in Rio in preparation for both these large events, I can’t in good conscience let myself take part in them. END_OF_DOCUMENT_TOKEN_TO_BE_REPLACED

On the Violence We Do to Ourselves

It is often easy to paint violence and oppression as something external to ourselves, say the aggressors is the white able bodied male because yes over history and institutionally there is a system with hierarchies set in place that is extremely violent… this is a vital conversation but so is that of our interpersonal relationships. What about the violence that goes on within our closest relationships and within ourselves? By violence I don’t necessarily mean physical abuse, but harm that can happen at both an emotional and psychological level. When you are bombarded with messages from society that try to tell you you’re not good enough, that you don’t belong, or that who you are is someone to be despised …. you have to think how much of that do you internalize? How much do you start believing and then disseminating? The more I think about all the small expressions of hostility I thought I had just let slide off, I realize how much of it I swallowed and let fester inside. I can’t help but think of what harm I have done to myself and others…. END_OF_DOCUMENT_TOKEN_TO_BE_REPLACED