by the Stanford Democrats

After a successful fall term working to re-elect President Obama, the Stanford Democrats are reorganizing and refocusing their efforts for the year. Nick Ahamed (’15) and Henock Dory (’14) are taking over as new Co-Presidents. They are looking to recruit new voices for new positions and for dedicated individuals to help shape the direction the Dems take moving foward! Please apply today! goo.gl/IRxVs Applications are due by Monday, Feb 11th. Email nahamed@stanford.edu and hdory@stanford.edu with questions about the application or positions. The Stanford Democrats are the largest political organization on campus and are looking to take an active role in state and national politics, adding our voice to debates on gun control, immigration, the economy, both within Stanford and across the country. 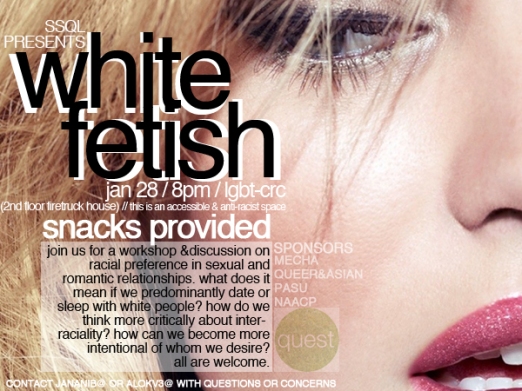 A failing of the word ‘activism’ is its designation of certain activities as political engagement and the rest of our lives as some other floaty and apolitical space.  In reality, we are always enacting and interacting with the structures of power and social positions each of us inhabit.  My friend Alok and I were at a queer conference this weekend in Atlanta to facilitate the same workshop that we’re presenting tonight: ‘Because You’re Brown Honey Gurl!: A Dialogue about Race and Desire’.  Our intention was to bring to bear a conversation on spaces where desire, sex, and romance circulate as political spaces.  The project of queer liberation isn’t limited to our policy engagements or our organizing work — it is also about considering how we desire and are desired in white supremacist realities.

We use the term ‘sexual racism’ to describe the ways that racism and racist traumas inflect our romantic and sexual relations. END_OF_DOCUMENT_TOKEN_TO_BE_REPLACED

Our Distorted Moral Reasoning About Debt 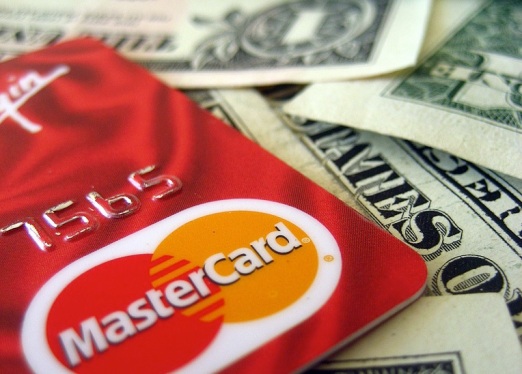 “The problem is, is that the way Bush has done it over the last eight years is to take out a credit card from the Bank of China in the name of our children, driving up our national debt […] That’s irresponsible. It’s unpatriotic.” — Barack Obama

I have bad news. America does not understand debt.

We understand personal debt well enough, and we are super judgmental about it. The iconic howl of rage at debtors [1] came from Rick Santelli in 2009, right after the financial collapse:

“The government is promoting bad behavior [with mortgage modifications and the stimulus.] How about this, President and new administration? Why don’t you put up a website to have people vote on the Internet as a referendum to see if we really want to subsidize the losers’ mortgages; or would we like to […] reward people that could carry the water instead of drink the water?” END_OF_DOCUMENT_TOKEN_TO_BE_REPLACED

I recently had the pleasure of accidentally attending the 2012 Values Voter Summit. Midway through a school-sponsored trip to the nation’s capital, our hotel was overrun by perky people holding signs that advertised the conference’s host, FRC Action. This organization is the lobbyist branch of the Family Research Council (FRC), a right-wing hate group. According to the Southern Poverty Law Center, FRC “richly deserves” such a designation because it “engages in baseless, incendiery name-calling and spreads demonizing lies about the LGBT community.” Other hate groups include the Ku Klux Klan and Stormfront, Wade Page’s favorite website. The FRC is also anti-choice, anti-tax, anti-welfare, anti-pornography, anti-gambling, pro-school prayer, and they question the validity of global warming. Basically, they hate everyone who isn’t a middle-class White heterosexual Christian Republican that dresses modestly. Which is a lot of people. 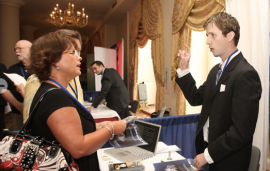 I couldn’t gain access to the actual events during the conference, but my friends and I were permitted to browse the multiple rooms of organizations passing out propaganda for their various causes. We’re greeted by a large painting of Jesus kissing the Liberty Bell as we begin to make our way through the right-wing extremist version of a Stanford Activities Fair. END_OF_DOCUMENT_TOKEN_TO_BE_REPLACED

Disillusionment and the 2012 Elections

After the 2008 election, I, like many young Americans captivated by Senator Barack Obama’s sudden and spectacular rise to the presidency, for the first time truly believed that America was about to see its best days. Americans turned out in huge numbers to support the progressive candidate who viewed the world’s problems with the same lens that we used and actually strove to fix them. President Obama gave us hope for a newer, better America; he was a remedy for the pessimism and nonchalance that eight years of George W. Bush induced.

We were a product of our upbringing. After approaching the new millennium with childish optimism, we anticipated the awe-inspiring advancements we imagined the next millenium would bring. However, we were disheartened to watch as the the Bush years became marred by wars, mass murders, economic calamities, natural disasters, and ever-more-frequent acts of bigotry, violence, and hatred. Our political leaders eschewed rational or ethical reasoning when forming national policy in favor of avarice and hatred, and saturated their rhetoric with xenophobia, extremism, and fear. Although we invented the iPhone, we also invented Guantanamo Bay, the Bush Doctrine, and Sarah Palin; although we attempted to spread Democracy and ‘liberate’ the Middle East, we continued to persecute Muslim and Arab Americans at home; and although we advocated for human rights abroad, we also continued to deny same-sex couples the right to wed, or women the right to make independent decisions about their bodies, or poor citizens the right to receive quality health care. END_OF_DOCUMENT_TOKEN_TO_BE_REPLACED

Why You Should Care About Obamacare (Part I of a series) 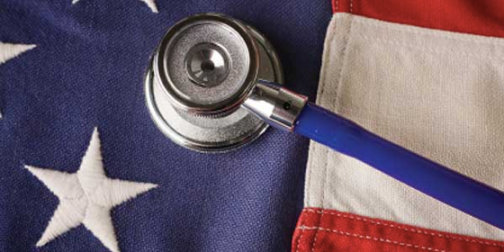 President Obama spent much of the first year of his presidency working to pass health care reform. Remember 2009 – before all the bank bailouts and ending wars and budget battles? Remember the confusing, drawn-out process that was passing the Patient Protection and Affordable Care Act?

That’s OK. Most of the United States probably doesn’t either. 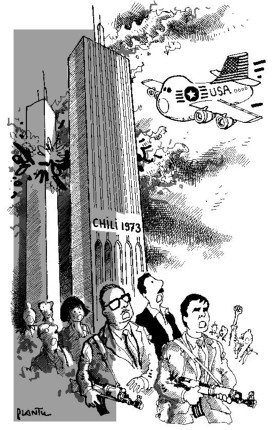 September 11 immediately triggers a deep emotional response within most people in the United States.  It is seen, justifiably, as a terrible tragedy and a horrendous crime.  But as Chomsky writes:

“It is useful to bear in mind that the crimes could have been even worse.  Suppose, for example, that the attack had gone as far as bombing the White House, killing the President, imposing a brutal military dictatorship that killed thousands and tortured tens of thousands while establishing an international terror center that helped impose similar torture-and-terror states elsewhere and carried out an international assassination campaign; and as an extra fillip, brought in a team of economists – call them ‘the Kandahar boys’ — who quickly drove the economy into one of the worst depressions in its history.  That, plainly, would have been a lot worse than 9/11.

Unfortunately, it is not a thought experiment.  It happened.  The only inaccuracy in this brief account is that the numbers should be multiplied by 25 to yield per capita equivalents, the appropriate measure.  I am, of course, referring to what in Latin America is often called ‘the first 9/11’: September 11 1973, when the US succeeded in its intensive efforts to overthrow the democratic government of Salvador Allende in Chile with a military coup that placed General Pinochet’s brutal regime in office.”[1]

In order to understand the nature of the involvement of the United States in the military coup of 1973 in Chile, and the 17-year military dictatorship that ensued, one must look at two different contexts:  the socio-economic and political context in Chile in the late 1960s and early 1970s on one hand, and Chile as a pawn within the global framework of the Cold War on the other. END_OF_DOCUMENT_TOKEN_TO_BE_REPLACED

Our country needs more women to run for office.

Many of us have heard the facts before, but they bear repeating. Of the 535 members in congress, only 90, or 16.6%, are women. Of the 7,382 state legislature seats throughout the country, only 1,740, or 23.6%, are filled by women. Indeed, despite the massive press coverage that women such as Sarah Palin, Nikki Haley, and Michelle Bachmann might receive and the increasingly common portrayal of strong, politically-minded women on television, the United States still ranks an embarrassing 71st out of 186 countries in our representation of women in government.

It is important to point out from where the gender discrepancy in representation originates. Interestingly, it is not mainly the result of any sexist prejudice by the electorate or any difference in how women and men may campaign; rather, women simply aren’t running for office. END_OF_DOCUMENT_TOKEN_TO_BE_REPLACED