Classes Related to Peace and Justice at Stanford, Spring Quarter 2013

In 2012, I conducted a preliminary study similar to that of the Task Force. END_OF_DOCUMENT_TOKEN_TO_BE_REPLACED

Rachel Maddow came to the Stanford campus today, almost twenty years after graduating with an undergraduate degree in public policy (BS ’94). At Memorial Auditorium, speaking to a sold out audience who invited her warmly with standing applause, Maddow told of growing up in Castro Valley. Jokingly, she reported that this was the first time she received applause for being from Castro Valley in the East Bay.

At high school’s end, Maddow was shocked when she found out she had been accepted to Stanford. Shortly before that, at the age of 16, she had been coming out to herself as a lesbian. A teenager at the tail end of the 1980’s, Rachel started to see her gay friends and community suffer from the AIDS crisis. She began her work on AIDS before coming to the Farm, volunteering and later believing that she would focus on health policy as a Stanford student. END_OF_DOCUMENT_TOKEN_TO_BE_REPLACED

THE MORAL FABRIC IS INSIDE OUT! : What CIA Chief Petraeusʼ Resignation Reveals about our National Moral Fabric 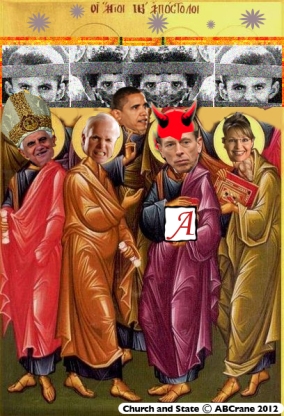 In November, CIA chief David Petraeus allegedly resigned due to his guilt over engaging in an extra marital affair. “After being married for over 37 years”, Petraeus said in a letter to colleagues, “ I showed extremely poor judgment by engaging in an extramarital affair. Such behavior is unacceptable, both as a husband and as the leader of an organization such as ours.”

Speaking in his defense, Obama stated, “By any measure, he was one of the outstanding general officers of his generation, helping our military adapt to new challenges and leading our men and women in uniform through a remarkable period of service in Iraq and Afghanistan, where he helped our nation put those wars on a path to a responsible end.”

While Petraeus’ affair did not faze me, Obama’s praise of his involvement in our foreign wars chimed loud the great bells of historical irony! What occurred to me on such a deep level was just how archaic the moral fabric of modern society and politics truly are. Why is our country outraged over an extra marital affair while either indifferent or supportive of our illegal, cruel, and corrupt military involvement throughout the Middle East? How does one man stepping out on his wife even begin to compare to that same man leading a war effort that destroys countless lives, the environment, and the economy?

END_OF_DOCUMENT_TOKEN_TO_BE_REPLACED

Thoughts on Our National Grief in the Wake of Newtown

My family and I were watching the 49ers’ football game last week when, like all major networks, the coverage switched to the President’s address to roughly 1,000 members of the Newtown, Connecticut, community who lost loved ones in the recent tragedy at Sandy Hook Elementary. I was playing Minesweeper on our family desktop in the other room, not paying too much attention (I’ll be honest, I was trying to avoid the football), and I did not even register the program swap until about half way through the President’s talk.

What was clear from the speech is how personally sorry the President felt for the loss of those 20 young pupils and their 6 administrators. I could hear my mom tearing up on the living room couch. My Facebook feed was filling up with heartfelt comments and remarks on the President’s speech; more generally, since the incident, my feed has been mobbed by touching memes, statuses and posts from people extending condolences to fellow citizens, to people sharing the inspiring stories of how the students and staff reacted to Adam Lanza’s rampage. END_OF_DOCUMENT_TOKEN_TO_BE_REPLACED

Mourning and demanding a new system do not need to be – nor should they be – separate.

At issue today (more publicly than most days) are multiple layers of violence in our world:

the violence of a political system that treats each new shooting as an isolated incident and tells us we are jumping the gun when we talk reform—
the violence of an economic system that produces guns and missiles knowing the destruction they bring to individual and collective lives—
the violence of a cultural system where the radio plays on blaring top 40s, stocks and scores, as though nothing is happening as our wars kill on.

and, most immediately, of being told during the moment of rawest pain that “this isn’t the day to demand change, this is a day to mourn.”

If today is the day of mourning and a mourner cannot make demands, what do we do tomorrow? END_OF_DOCUMENT_TOKEN_TO_BE_REPLACED

Student activism, Stanford STAND, and a brief intro into the conflict in eastern Congo

by Caity Monroe, M.A. student in the African Studies program

This op-ed is by no means a complete account of the recent conflict in eastern Congo, but is instead intended to engage the Stanford campus with an international issue and the way students on campus are addressing it. To learn more, follow the links, contact the author, attend a STAND meeting, or come to our event today with UN Group of Experts coordinator, Steve Hege, at 4:15pm in the CISAC conference room of Encina Hall Central.

The first paper I ever wrote about Congo received two main pieces of feedback. The first was that I should have done a better job including Congolese agency in my account of Congo’s independence crisis of 1960-65. I was told that while Lumumba was indeed constrained by a polarized Cold War global context and that Tshombe did in many ways work with his Belgian backers, the story was in fact more complicated than this. (Little did I know that years later I would be sifting through Belgian archives studying this exact period, yet looking at a completely different aspect of this story which involved the effects of colonial-era labor migrations and a small-scale war over land, cattle, and citizenship.) The second piece of advice I received about that paper was that I probably should have chosen a less complicated topic, and maybe even a “less complicated country.”

Around this time, I joined the Stanford chapter of STAND, a national anti-mass atrocity student group. END_OF_DOCUMENT_TOKEN_TO_BE_REPLACED

by a coalition of students concerned about the siege on Gaza

Stanford students, faculty and alumni will gather at White Plaza  Friday, November 16 at noon to sit in solidarity with the residents of Gaza currently under siege by Israeli military forces. They will protest the Israeli assault and economic chokehold on Gaza, and will rally students to demand that the University divest from companies implicated in the illegal Israeli occupation of Palestine.

A coalition of concerned students have been meeting since  Wednesday, when Israel first commenced the “Pillar of Defense” – a naval, air and artillery offensive on the besieged territory of Gaza. The Gaza Strip is one of the most densely populated civilian regions in the world.

The coalition has planned a sit-in that will symbolize the Israeli blockade and siege of Gaza. Allied faculty have confirmed their attendance in support.

Given the death of many Palestinian civilians and our complicity in this violence as Stanford students, we have a responsibility to do something about it.

Since  November 8 – when Israel first began violent aggression against Gaza, killing six civilians, including three children – at least 23 more Palestinians have died as a result of Israeli attacks, including another six children. Israeli strikes have injured over 300 Palestinians in this time.  The IDF has attacked over 500 targets in Gaza since the formal Israeli offensive began.

The blockade of Gaza – created by crippling sanctions from Israel and Egypt – limits Palestinian access to the outside world, including access to food and medicine. Such conditions constitute what can only be described as an open air prison.   END_OF_DOCUMENT_TOKEN_TO_BE_REPLACED

After yesterday’s presidential debate on foreign policy, can we talk about how the United States is its own greatest threat to national security?

This might have something to do with the fact that America’s been “cheating” the past hundred years or so and manipulating the economic and military affairs of the world to its favor–and often to the detriment of all but a few allies, who also benefit from standing on the rest of the world.

Iran is not a threat to the security of the people of the United States, even if it obtains nuclear weapons.  Iran’s major threat is becoming a nation that can defend its own sovereignty without posturing to American hegemony. It is part of the Non-Aligned Movement (NAM), which features the majority of the countries in our world and which are not part of any major power blocs. The countries in NAM are struggling for a new world order* that is not dictated and/or dominated by the aforementioned “cheating” Western policies. END_OF_DOCUMENT_TOKEN_TO_BE_REPLACED

On Art, Activism, and Rainbow Mohawks

I had always imagined Stanford to be a particularly radical place. Back in the days when the closest I came to activism was wearing an Obama pin through the halls of my conservative high school, the escapades of my cousin Jonathan inspired the dream of an oasis called Palo Alto. Stories of his collegiate adventures were passed through the familial grapevine, reaching me in such a dramatized state that I couldn’t help but be enraptured by his coolness. He studied studio art, lived in a magical house called Theta Chi, skipped school to attend anti-war protests in San Francisco with his professors, left school for a few quarters to translate obscure texts in Florence, won a prize for illustrating Beowulf, and, perhaps most impressively, sported a rainbow mohawk as a member of the Sigma Nu fraternity.

Now he’s a bonafide artist residing in Brooklyn, NY, where the disheveled hipsters and rooftop parties let him know he’s far from his humble Montana roots. Jonathan has taken to writing and illustrating historical graphic novels. His latest book, called Trinity, tells the story of the atomic bomb. Meant to please high school students, physics geeks, history buffs, and general aesthetes alike, it’s a wonderful volume on the creation of destruction. Jonathan probes the mystery of the U.S.’ atomic power, only to leave any simple answers totally unattainable. The book has garnered incredible press, from a starred Kirkus review to articles in the Huffington Post, Boing Boing, Brain Pickings, Science News, the Boston Globe, and others.

Aside from being an impressive artist, he’s also an impressive activist. I thought I’d ask him a few questions about his experiences with art and activism in preparation for his upcoming reading in San Francisco. END_OF_DOCUMENT_TOKEN_TO_BE_REPLACED