Gay Imperialism and Olympic Oppression Part 4: A Discussion with Jason Cieply about Russian Perceptions of the West and Sexual Politics

This is the fourth and final part in a series entitled “Gay Imperialism and Olympic Oppression.” The first part is entitled “Russian Sexual Politics and the East/West Divide,” the second “Boycotting Boycotts of Russia” and the third “Challenging the Liberal Fascination with Gay, International Violence.”

The morning of August 8th, the day Part 1 of this series was uploaded onto STATIC, I Skype chatted with Stanford Instructor of Slavic Languages and Literature Jason Cieply and discussed, among many other things, Russian perceptions of the West, American and Western imperialism, homosexuality, sexual politics and the growing limitation of personal freedoms in Russia.

Pretty quickly, it stopped feeling like an interview and more of a discussion among colleagues. Instructor Cieply has a wide knowledge of Russian geopolitics, and he helped shed light on a number of issues I had been curious to know more about. Hopefully, this discussion will help provide more context to the last three pieces I’ve written, especially in how Russians view America and American interventions.

END_OF_DOCUMENT_TOKEN_TO_BE_REPLACED

This is the third part of a four part in a series entitled “Gay Imperialism and Olympic Oppression.” The first part is entitled “Russian Sexual Politics and the East/West Divide,” and the second part is entitled “Boycotting Boycotts of Russia.”

Before that, though, there was talk amongst black academics and black athletes in America to boycott participating on the US Olympic team in the 1968 Mexico City Games to protest social conditions of blacks at home. While the boycott was never realized, black and allied athletes found other ways to protest, the most famous being the Black Power Salute by Tommie Smith and John Carlos, both African American, after coming in 1st and 3rd, respectively, in the 200 meter sprint.

And over the past few years, there have been calls in parts of Brazil, namely among the favela residents and the younger generation to not attend the upcoming 2014 World Cup and 2016 Olympics in Rio, where  nearly 170,000 people have been forcibly relocated out of the favelas, among other unjust actions. (Note: the word ‘boycott’ generally isn’t used; rather, there are calls to not attend or watch either event on television.)

END_OF_DOCUMENT_TOKEN_TO_BE_REPLACED

This is the second part of a four part series entitled “Gay Imperialism and Olympic Oppression.” The first part is entitled “Russian Sexual Politics and the East/West Divide.”

“You stupid idiots kill people all over the world, Iraq, libya, afganistan, syria etc. You interfere internal politics of many countries. And now you stupid idiots try to teach us how to live? Go fuck yourself and your president and leave us to decide OURSELVES on how to live and rule OUR country. Just understand that you opinion mean nothing here.”

The following is an exact quote from a Buzzfeed post mentioned earlier in Part 1, which reveals an important hypocrisy to understand about modern American and historical Western politics.

America and the West currently and historically tend to view themselves as the world’s watchdog, the big brother, if you will, the more socially advanced sibling who can help their more primitive brothers and sisters advance. In earlier centuries, this phenomenon was mainly exacted through Christian conversion.

END_OF_DOCUMENT_TOKEN_TO_BE_REPLACED

This is the first of a four part series entitled “Gay Imperialism and Olympic Oppression.

This is a long post. If you are short on time, read the introduction to the series, and the last two paragraphs (italicized) of the following section entitled “A History of Russian Homosocial and Sexual  Regulations.” 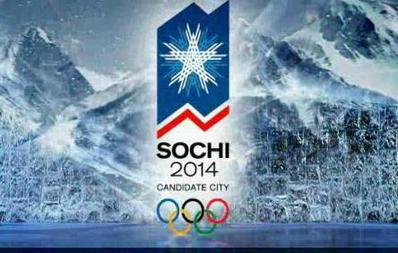 Last December, I wrote a two part series about the oppressive nature of the Olympics and World Cup, how they both have been used as excuses for social cleanups that ultimately displace race and class underprivileged peoples and waste millions, if not billions, of state dollars that could otherwise be spent on social programs aimed at public health and education, among other things. Now, another injustice is becoming known across the US and the world, the horrific oppression of LGBT peoples across Russia, that might also have the potential to influence the upcoming 2014 Sochi Winter Games.