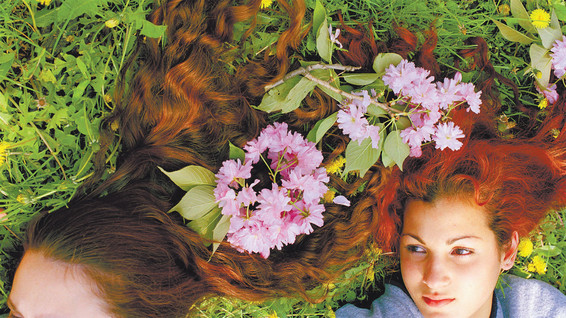 In Afghanistan, a new Internet café for women will have its opening in honor of International Women’s Day. Young Women for Change, the NGO that is hosting the event, aims to make the café a space that will help Afghan women communicate and connect. In Sierra Leone and Uganda, female soccer players gather to celebrate of this year’s International Women’s Day, at two events that aim to raise awareness of issues related to gender equality and women’s empowerment in sports. In Ireland, a public reading of short stories featuring women from James Joyce’s Dubliners, sponsored by UN Women, is held in celebration of International Women’s Day.

All around the world on March 8, International Women’s Day is being celebrated in various different forms, from large festivals with booming music and colorful flowers, to marches that involve big banners and megaphones, to dance performances, to public events and conferences. For more than a century, International Women’s Day attracts millions to commemorate progress in female empowerment and to address challenges that women still face in every aspect of life, from politics, education, to employment.

At Stanford, International Women’s Day is also commemorated in unique ways. Waking up in the morning to Facebook posts saying things like “Happy International Women’s Day!” and “Props to all the bad-assed female fighters out there,” posted by both your female and male classmates from all different fields. Being excited about the open-mic event “Global Voices,” hosted by the Women’s Community Center, where community members will speak about international womanhood.

While active efforts to celebrate global womanhood are animated and bubbling on the actual day of the event, it’s also a wonder what this place does every day to address global gender-related issues as well as empower women on campus. While it might be easy to feel disconnected from the world outside of Stanford, on International Women’s Day, I was pleasantly reminded of our community’s engagements in the things that happen beyond the Stanford bubble.

On Friday afternoon, members of the Stanford community gathered at the Fire Truck House to hear unique narratives about global womanhood. “Global Voices” was a vibrant forum where the speakers shared original stories on different aspects of what it’s like to be a woman or to have worked with women. Magali Sanchez, a Humbio major, talked about her experience working with a Community Empowerment Lab in Uttar Pradesh, India. She shared about the lab’s goal to lower infant mortality, and to empower mothers and engage male family members in saving the lives of their newborns in enduring and sustainable ways.  Ane Arruabarrena, a Spanish journalist, presented an analysis on film studies, examining the way the “New Woman” is presented in different movies, and how film is putting aesthetic pressures on women’s bodies. Her thesis argues that movies have hidden messages on how New Women are supposed to be (young and thin), which undermine their access to power and make them the biggest examples of consumerist capitalism. She made reference to Pierre Bourdieu’s theory of body for the other to argue that in certain cases in our modern society, “a woman is because someone looks at her,” and social death to some is the moment that masculine desire goes away. Lina Schmidt reads a poem that she has written that revolves around what “background” means to her, and her coming from a place of immense privilege, financially and socially, and how well she “passes” despite being biracial. Her poetry astounded me with its earnestness — the sincerity in her admission of the tension she feels between gratefully recognizing her advantages, and feeling frustrated and bitter that her mother never taught her Spanish and that she never connected with her extended family. This silence has lead her to recognize other silences in my family: such as their silences around LGBT/queer and trans* issues.  I shared these poem because recognition of queer and trans* issues (and how they intersect with race, class, and other identities) is important in any conversation for International Women’s Day.

Listening to women across campus talking about how it’s like to be a woman — about infant and maternal health in South Asia, about issues of objectifying women, and pressures to have a certain body type that is imposed on women, about how queer and trans* issues interweave with race, class and other identities — has made me think about my personal engagement in female empowerment.

This quarter, I am taking a seminar called “Gender, Education & Learning: Global, National, and Personal Perspectives.” The class raises awareness about advancements in gender empowerment since the rise of the international women’s movement that began in the 70s, while also addressing the gender inequality that still to this day exists in many parts of the world. We talked about a wide range of women issues, from the reluctance of families in developing regions to invest in their daughters’ education, to the gender disparity in fields such as college-level computer science.

In addition to the numerous events, classes, and colloquiums on women that frequently take place, there are also guest speakers that Stanford brings in from different parts of the world, making it easier for us to engage in global gender issues and stay conscious of the world outside of our school.

Dr. Tererai Trent, a scholar and humanitarian who grew up in an impoverished village of Zimbabwe, came to speak to my Education class about not letting impossible circumstances stand in the way of working to achieve her goals. Despite being married young into an abusive relationship, and the mother of three children by 18 years old, Dr. Trent strove to get the education that she desired. Last January, Pulitzer Prize winner and New York Times columnist Nicholas Kristof came to give a lecture on his new book Half the Sky: Turning Oppression into Opportunity for Women Worldwide, narrating stories from African to Asia: an Ethiopian woman suffering devastating injuries since childbirth, a Cambodian teenage girl being sold into sex slavery. Kristof helped me see how the greatest unexploited economic resource is the female half of the population, and how so many have been trying to unleash women’s potential because it is the key to economic progress. Lastly, this April, Sheryl Sandberg, COO of Facebook and a prominent advocate for gender equality, will speak about women leaders in the workplace and her new book, Lean In: Women, Work and the Will to Lead.

This morning, a day after International Women’s Day, I am sitting in bed reading Virginia Woolf’s Mrs Dalloway, a novel that is also a commentary on women, for a class taught by Professor Staveley, a faculty member whom I admire for being an extremely insightful scholar and also for being able to balance her profession with being a mother. On top of that, I find myself really looking forward to Sheryl Sandberg’s lecture as well as this year’s Stanford Women’s Leadership Conference, and just in general — the many opportunities that will provoke in me many thoughts and actions regarding women’s progress.

Being at Stanford has made me think a lot about the gender contradictions within the Confucian culture that I come from. Someone told me not to even think about graduate school because I was a woman — they said, “Girls should know their place and not overreach themselves.” While its developing status has been inviting more and more women into the workforce, Vietnam has such a deeply ingrained gender stereotype that certain people are still suspicious of women who are too successful in their careers. “She can’t make it,” “She just got lucky,” “That environment is too intellectually/physically rigorous for a girl.” Even in the face of Vietnam’s growth, aspiring women have to strive to succeed still within patriarchal boundaries. To me, Stanford is a haven from these expectations — a place that no doubt has its limitations but regardless fosters mindsets and ideals of gender equality.

As I get caught up in this whirl of different reflections, I feel fortunate. Very fortunate. To be in a place with comparatively very few boundaries. To not have people tell me I can’t do something because I am a woman. More importantly, I feel fortunate to be able to be constantly engaged in so many efforts on women’s empowerment — to be a part of this group of people of all genders and nationalities who are effecting change and celebrating womanhood in so many different ways.

What do YOU think? Cancel reply